Car Plant For One Euro 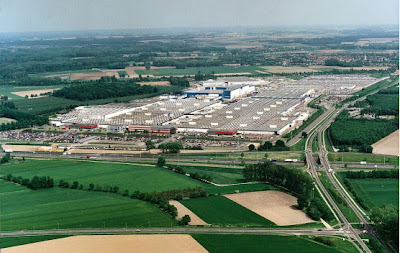 Mitsubishi operate a car plant in the southeast of the Netherlands called Nedcar, which they took over fully from Volvo in 2001. Prior to that it was joint owned. Mitsubishi now want to end its production there and are asking a token 1 Euro for its purchase. Production is down to only 50,000 cars, the 1,500 workers making the Colt and Outlander models. Mitsubishi's European sales have dropped sharply of late due to the strength of the Yen and a generally uncompetitive product lineup. Mitsubishi cars in Europe will be imported from Japan and Thailand, where the company is building a new plant.

To me the real issue here is that they are essentially moving production from Europe to Thailand. Mitsubishi either had to increase production in Holland (as 50k production for two models isn't going to make money) or utilise the new Thai plant. It looks like plan two won the day. It is no doubt the more profitable decision but you have to feel for the 1,500 workers that lose their jobs.
Posted by RayCee at 11:24