The Problem With The RR Evoque 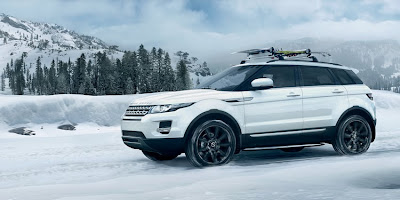 Land Rover's Evoque hit showrooms in September in European markets and will reach many more around the world in October. Actually, that is the problem, they won't be hitting showrooms at all. They will be going out to customers. Apparently the first six months production of 18,000 were sold before they started arriving at dealers. So that means only 36,000 will be made each year. That is not going to be enough to satisfy the demand anytime soon. In one country, the Evoque is already the top selling model for LR, in one month! Can't LR make any more than that? Engines are sourced from Ford and is that limiting numbers? Or can LR get more cars out of the factory than that, and that is just an initial production level figure?

So the problem with the Range Rover Evoque is supply and customers will have to be patient. Short supply will ensure strong resale value. Opposition marques will breathe a sigh of relief as it will give them a chance to sell to those who won't/can't wait. I mean would you seriously buy an equivalent car if the Evoque was readily available?

The question: How many can you build LR?
Posted by RayCee at 07:57