German Brands Talk It Up 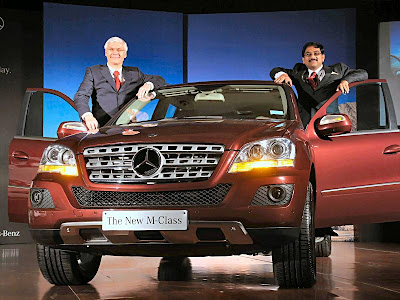 They say that it is all about perception. It is certainly true when it comes to the masses, who are prone to manipulation. Once people perceive that a car brand is respected, has status and not outrageously priced, then it will sell well. No one seems to understand this better than German car makers. Especially in the premium sector, they realise the need to nurture a marque, to promote it, to convince people that it is desired and sought after.

Take as an example India. German premium brands had this small but growing market all to themselves. Then an Indian car maker Tata bought Jaguar and Land Rover. Now Land Rovers were to sell above the trickle they had been and Jaguar was introduced into the market. The German premium trio must be concerned, but show it they do not. They go on the offensive instead. They have just released to the press their sales progress in India. Apparently BMW is planning to sell 5,000 units this year (2010), while Mercedes-Benz expect nearly that amount. How many sales have JLR achieved so far in 2010? Nothing has been said that I know of. I believe about 300 units were sold in in total for '09.

Therefore, if sales are good for JLR in 2010, why not tell the world? If they are steady, say it is a period of consolidation before an acceleration next year. JLR could learn much from watching how German car makers promote their achievements. Because, let's face it, it is all about perception.