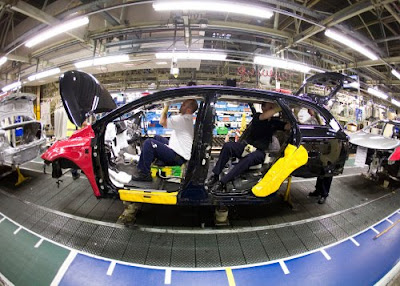 Toyota has been in aggressive growth mode as it ruthlessly hunted down GM to be world number one. Europe was an area where it was weaker than most, so it set about changing that. Therefore, through the 21st century, it relentlessly gained market share in Europe, and by 2007, reached 5.6% share and nearly 900,000 sales (source ACEA; minus Russia). Since then, it has slipped. For the first nine months of 2010, share was only 4.3% and 450,000 units sold.
Why has this happened? I can think of three reasons:

1) Toyota was chasing sales, but reliability was doing down hill, which led to a drop in this core quality. This has hurt its image.
2) The opposition products are getting more reliable too.
3) European drivers generally like stylish and good handling cars while Toyota continues to make dull ones. As the other brands make ever more interesting cars, Toyota is falling behind.

So buyers look elsewhere. For example Nissan sold 310,000 cars in the Euro zone in 2007 and in nine months of 2010 305,000 and share has risen from 1.9% to 2.9%. Admittedly this came after some poor years for Nissan, but they have done so well due to interesting product such as the Qashqai (Dualis). The new Juke, which is now on the market as of now is following this different and exciting theme. 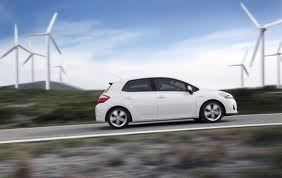 So Toyota has it all to do if it wishes to start winning back the European buyers it is steadily losing. The Auris (Corolla) hybrid is a start with its green credentials. However, a more exciting range of cars is a must if it ever hopes to succeed in this discerning car buying continent.


What it means to me: Toyota needs to make more exciting cars to conquer Europe or the retreat may well continue.
Posted by RayCee at 09:39