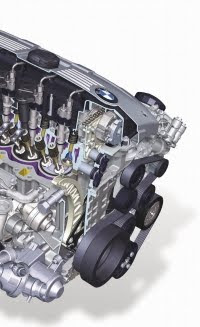 The earth is not going to give us oil indefinitely at the rate man is using it. So cars need to reduce fuel consumption. Therefore, engines are getting smaller. Problem. People want to save fuel, but not at the expense of anything, certainly not vehicle performance. So some car makers have been coupling smaller engines with direct injection and turbo power. Others have added small electric engines to help boost acceleration for these engines with less displacement. The car is then called a mild hybrid. Either way, it adds up to similar performance with less cubic capacity. It also means less fuel use.

However, why the sudden rush to do so? They say necessity is the mother of invention. When fuel was 'inexhaustible' in every one's mind, there was no reason to be careful with this resource or to plan for an alternative. In this I see a bad trait in humanity. Petroleum was always a finite fuel source yet no one cared when it was the next generation that had to deal with running out. Now that ever increasing consumption has quickly diminished reserves, suddenly we are the generation that has to deal with the end of so called fossil fuel. Now the rush to conserve it.

The bottom line: If you don't plan ahead, you will eventually come unstuck.