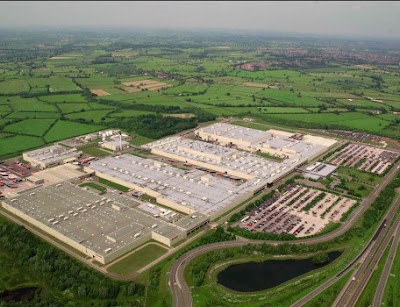 In May 2010, Toyota commences production of the hybrid version of the Auris at its Burnaston plant in the UK. The Auris is the first hybrid to be produced in Europe. CO2 emissions are just 89g/km on official tests, well below the current Euro average of 146g/km. It goes on sale in Europe at the beginning of July.

Its introduction to the assembly line is more complicated than you may think. It has required extensive training and changes to the production lines testing procedures. Although built on the same production line as petrol and diesel engined cars, the hybrid takes 11 minutes longer to complete, requiring changes so as to ensure no bottlenecks occur. Those who oversee such things have been sent to plants abroard that make hybrids to learn how best to integrate and manage hybrid production. The new model will be a timely boost for Burnaston UK production.

Longer temp, TMUK would like more hybrid models but that is something for the future.

The bottom line: A good move by Toyota to get hybrid production into Europe, a key area for alternatively fueled vehicles.
Posted by RayCee at 15:57