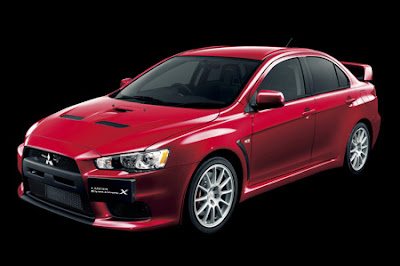 By rights Mitsubishi shouldn't be here. In the early part of this decade, it was saddled with debt. However, with its returning to Japanese ownership, tough decisions being made, and the model line up quickly revamped, profitablity soon returned after years of losses. In 2005, Mitsubishi made 1.325,000 cars/LCVs, 2.1% of the world market. Just 50% were made in Japan, 10.5% manufactured in Thailand, 10% in Malasia & nearly 7% in th US. That has changed quite a bit by 2008, as the figures below testify. Total 2008 production was 1,315,000 (2% of worldwide production):

Heavy reliance on Asia is not healthy, and Mitsubishi was hurt by a slump in Asia area in the late 1990s. The Japanese won't easily allow brands to fail, both to save face and reputation, so it was rescued by Japanese money. In most other countries, Mitsubishi would have gone, but it is doing OK now. It also has started to make SUVs for PSA and that type of deal could be a good way forward.

Frankly, its cars are not quite up to the standard of other Japanese brands. It had nearly 7% (290,000) of the Japanese car market in 2001, but has now slumped to a tad over 3% in the ten months of 2009 (92,000). Times are tough too and it cannot be easy for a company placed where Mitsubishi is, making mass produced cars in modest volumes.

The bottom line: I personally wouldn't buy one.
Posted by RayCee at 19:36