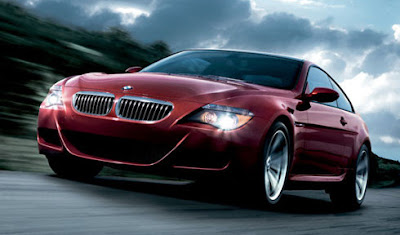 I would rate BMW as one of the most aggressive car companies there are. They seek sales and new market niches with the goal of being the world's largest selling premium brand. In this they are proving very successful. Their PR department is very active and the company is very open about sales figures. In this I am very impressed and other car makers could learn a thing or two by watching how they go about it. Jaguar/Land Rover for example, take note.

In 2005, 1,125,000 cars were made, for 1.8% of world production. By 2008, it had risen slightly to 1,200,000 but world market shared remained the same. I know they make cars in China, but they do not appear in OICA figures for some reason. Perhaps they are only assembled there, so are included in the German production figures. Little changed from '05 to '08 as to where cars were made, and in what numbers. For 2008 production:

On the surface, it all looks good, but it isn't. All premium makers are struggling with sales presently. Competition is stiff too, especially from 'on the up' Audi. And unlike Audi, BMW do not share platforms so each expensive platform is for one car brand only. There are moves to share engines with the likes of PSA, but they are all front wheel drive so platform sharing is out. BMWs are too expensive but people happily pay over the odds for a prestige badge. Most of the range is rather ugly in appearance and they had until recently a much hated iDrive car management system, neither of which put potential buyers off.
The bottom line: They have the determination and foresight to continue succeeding in difficult times.
Posted by RayCee at 09:09