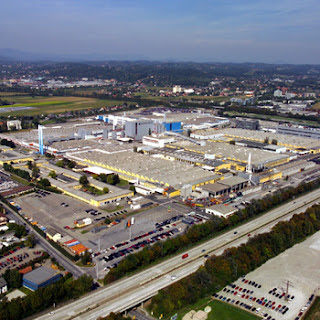 Magna Steyr is an unusual company as although it is a vehicle manufacturer, it only assembles automobiles for other companies. It is not a car company itself. It is located in Oberwaltersdorf, Eastern Austria and is a subsidiary of Canadian company Magna International, which manufactures auto parts. Its current production involves all BMW X3 (soon to move to the US), Chrysler Voyager & 300, Jeep Commander & Grand Cherokee, Mercedes Benz E-Class 4wd & G-Class as well as the Saab 9-3 Cabrio. As the X3 is moving, BMW has decided to have the MINI 4wd model made there. There isn't anymore capacity in the UK at MINI Oxford, so the lost production at Magna Steyr will be ideal. I don’t agree with the decision but I can see why it has gone that way.

Any manufacturer such as Magna Steyr surely must be even more vulnerable than other factories to keep production as manufacturers only contract the work out to them. However, if they develop a good record of quality and reasonable costs associated with the assembly, I guess work will always come.
Posted by RayCee at 16:47