Top dog for Jag in 2007 is the X-Type, 16500 being made for the first 9 months. Sales down a third isn’t good on paper, but monetary loses on the model will have all but ended. The sales pain has been worth it. A freshen up of the car coming on line next year will help, but the fact that it is being pulled from the US market is disappointing.

The aging but better than ever S-Type comes in second with 11500 off the production line. Sales off 15% but with the replacement XF coming soon, that isn’t surprising. 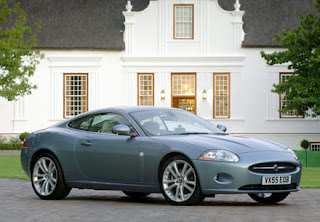 Third comes the XK on 9000 units made. Mind you, I’m a bit surprised that production is down 10% on last year. The car is better than that. It has been rated as the best cruising car in the world. If you have to eat up miles with minimum tiredness. nothing does it better. So those in the know say anyway.

Lastly and expectly so, is the XJ. This is a seriously fine car, in fact best in it’s class by my reckoning. 8000 produced with only a 5% drop in sales despite Jag's walking away from volume sales in order to pursue more profitable ones. It looks conservative but that beats some of the trendy but ugly offerings from BMW/Merc.

What does 2008 portend for the brand? The X-Type will gain with the freshen up, but lose with no US market. So my pick is that it will probably do similar or slightly better sales. The new XF will easily swamp the S-Type numbers. XK will probably hold or slip slightly and the facelifted XJ may improve slightly. So production should be up but not enormously. This is where the marque wants to position itself. It no longer aspires to chase volume at any cost, but rather, to focus on modest sales and profitability. Good idea.
Posted by RayCee at 18:15